From the available literary sources we know that some early Christians in the first centuries AD, mainly in the 4th century, regarded themselves as called for living a secluded life of discipline and asceticism, filled with prayer and simple manual work. They lived either as anachorites in solitude or as cenobites in communities, in Egypt, Palestine and Syria. Gradually, monasticism spread into the western part of the Roman Empire of that time. Various forms of monastic life started to be regulated and directed by written rules (regula), composed by superiors for the communities they led. Their personal experience with monastic life and managing practical aspects of life in community were the base of these rules. They prevented communities from unhealthy excesses as well, mostly from overdoing asceticism and competing in it. Saint Pachomius was the main authority of the eastern monasticism in Egypt, Saint Basil the Great in Asia Minor and Greece (Byzantine Empire); for the West the influence of Saint Augustine, John Cassian and mainly Saint Benedict of Nursia was crucial. 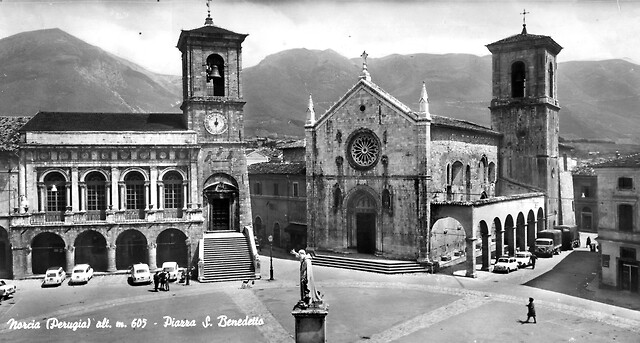 On the basis of the only source of information at our disposal, Book II of the pope Gregory the Great’s Dialogues, it is possible to put together a (hypothetical) chronology of the life of St Benedict. He was born in c. 480 (the date is derived from the traditionally accepted year of his death which is not sure neither) in Nursia (today Norcia) in central Italy into a rather wealthy family of free Roman citizens. This is supported by a mention about his studies in Rome (c. 495). As Gregory the Great tells us, disgusted by profligate city life Benedict leaves his studies in Rome and heads for Effide (today Affile) first, and later for the wilderness in Subiaco, east of Rome, in the valley of the river Aniene. There he meets a monk called Romanus who introduces him into the monastic life. Not long after the death of the superior of the Vicovaro monastery (near Tivoli), the monks of the monastery elected Benedict their abbot. However, arguments arose soon – Benedict could not accept the wordly way of life of the Vicovaro community. After an attempt to poison him had been made by the monks themselves, he left for the Subiaco wilderness again. People longing for the monastic way of life began to seek him and in the surroundings of Subiaco twelve monasteries were founded, each having twelve monks led by an abbot. Benedict’s popularity, however, gave rise to animosity of a local priest, Florentius. To prevent further attacks, Benedict left Subiaco, and in 529 he founded a monastery on the mountain of Monte Cassino, about 140 km from Rome. There he wrote his Rule, a work which is not very long but whose impact on the European culture is remarkable, and tried to apply it in the life of the community. He died at Monte Cassino, according to tradition on 21st March 547. As Gregory tells us, he was buried side by side of his sister Scholastica who had been a nun (in Piumbarole near Monte Cassino). 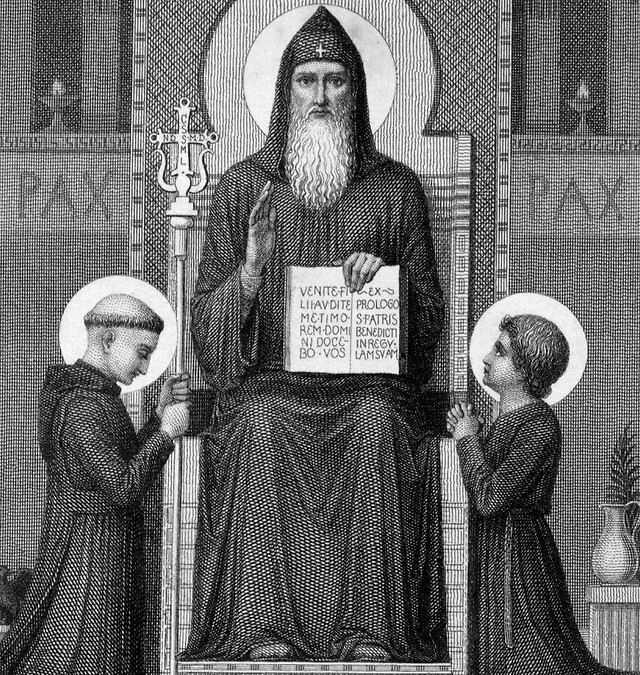 The Rule of Saint Benedict

At Monte Cassino Benedict wrote (probably 529) religious rules dealing with fundamental elements of monasticism – life in the monastery, order of common prayers, obedience, silence, humility, receiving novices and guests, qualities and election of the abbot and his assistants; briefly they deal also with handling monastery properties and qualities of the monk who is supposed to manage them). While composing the Rule, Benedict made use of older ascetic and spiritual treatises on monastic life, mainly the work of John Cassian, Basil the Great, rules from Gaul, biographies of the Jura fathers, writings of Saint Augustine and first of all the anonymous Rule of the Master. This brief list of sources of the Rule of Saint Benedict [RB] shows us that since the end of the 5th century, when the monastic movement started spreading out throughout the Western Europe, many rules regulating life in a monastery were written, either before Benedict, or by his contemporaries, or in the following centuries. However, only one of them had an impact on the whole Christian West – the one composed by Benedict of Nursia for his monastery. At the time it was written, the Rule was one of many rules and had not been of such an influence yet but it was highlighted by later development of European monasticism. For approximately two following centuries, the Rule was used together with other rules, mainly with the religious rules of Saint Columbanus, an Irish monk, in the western part of Europe. Only at the end of the 7th century the Rule is observed as the only mandatory norm of religious life in England. In the monasteries on the Continent the Rule of Saint Benedict is established as an exclusive rule at the beginning of the 9th century which is thanks to another Benedict, a monk of Anian who between 816 and 819 managed – with the support of the emperor Louis the Pious – to finish the process of temporarily uniting monastic rules and habits in the Carolingian Empire.

Benedictines and the beginnings of Christianity in Bohemia

Christianization, or spreading Christianity, was a slow process in Bohemia. New faith was replacing the old local religion which was closely connected with rhytms of nature and natural phenomena little by little. At the same time, Christianity was an intellectual frame for new differentiation and organization of the clannish and tribal society which was transformed into a new form of a medieval state. In the Western Europe territories that belonged to the Roman Empire, the process of accepting Christianity was more gradual and continuous with the older tradition of the Empire; however, in the case of Bohemia and Moravia Christianity and cultural and social models bound with it arrived as a completed and mutually interweaved system. Bohemia and Moravia had been a part of christianized Central Europe since the half of the 9th century, from the time of the flourishing Great Moravian Empire. The origin of Great Moravian christianity has been discussed. It is evident that the importance of the Byzantine, i.e. Cyrillo-Methodian, mission for Bohemia cannot be doubted – the first historically verified duke of Bohemia Bořivoj I of the house of the Prezmyslids and his wife Ludmila were baptized by the Moravian Bishop Methodius around 880 AD. However, the first mention of the baptism of Czech noblemen in 845 is connected with the bishopric of Regensburg (in Bavaria, Germany). Missionaries from Bavaria would bring not only the new faith but the culture of Carolingian empire as well. At the end of the 9th century, Bohemia separted from the weakening Great Moravian Empire and thus the immediate influence of the Frankish Empire was more intensive. The activities of Regensburg missionaries played now a vital role in Bohemia. Since the bishopric of Regensburg was crucially bound with St Emmeram monastery, we can say that Benedictine monks must have operated in the Bohemia and Moravia even before the monasteries were founded here, namely as the missionaries. The bishopric of Regensburg included Bohemia within the borders of its diocesis. Some evidence proves that in St Emmeram monastery there was a scriptorium providing Slavonic missions with liturgical books. It has been verified that the oldest Latin legend about St Wenceslas, Crescente fide, came into existence right here. It is under the influence of Regensburg that from the half of the 10th century the groundwork of the institutionalized church organization and the Christian society was being born, first on the territories of Central Bohemia directly governed by the Przemyslid dukes, later on the territories the Przemyslids adjoined to their domain as well. By the end of the rule of Boleslav I, Bohemia had already been a consolidated state with the borders more or less the same as nowadays. Boleslav II, son of Boleslav I, has achieved another success – a new diocese of Prague was established in 973. Bishop of Regensburg, St. Wolfgang, had agreed to release Bohemia from his diocese and submit the new Prague diocese to the metropolitan archbishopric of Mainz, Germany. Thus the first efforts to make the church organization in the Bohemia and Moravia more independent had born their fruit and eventually were completed by the establishment of the independent Bohemian-Moravian church province led by the Archbishop of Prague in 1344. 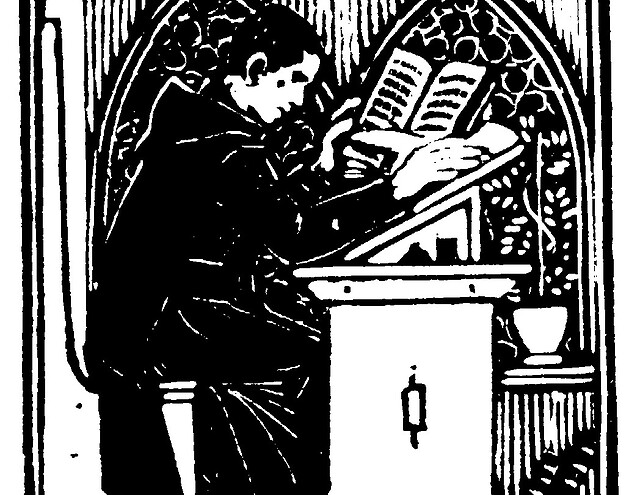 St George’s church at the Prague Castle was founded by Duke Vratislav in about 920, however the duke himself did not live to see the church dedicated for he died in 920 or 921. The church was probably dedicated probably in 925 when Duke Wenceslas (Václav) ordered to transfer the body of his late grandmother, Dutchess Ludmila, there.
Duke Boleslav II ordered the church to be reconstructed and between 976 and 973 he founded a Benedictine nunnery there, with the approval of Pope John XIII. Mlada Marie (930/945–994), his sister, was its first abbess.
Mlada was the youngest of four children of Boleslav I (reigned 929/935–967/972) and his wife Biagota. Mlada is supposed to enter the Benedictine nunnery at St. Agnes’s Church in Rome where she came as a pilgrim. She stayed there for two or three years. Her father (or maybe her brother; it is possible that by this time Boleslav II had already ruled the country) entrusted her with an important task – ask the pope to establish bishopric in Prague.
She negotiated with the pope as a representative of the duke of Bohemia and her success was twofold — the Bohemian bishopric was established and the first monastery, a Benedictine nunnery, was founded in Bohemia.
Foundation of the nunnery had an enormous influence on the country – it had introduced monasticism into Bohemia and at the same time it made Christian education possible for Bohemian noblewomen, probably not necessarily of those who entered the monastery as nuns. In St. George’s Basilica Przemyslid rulers would be buried as well. 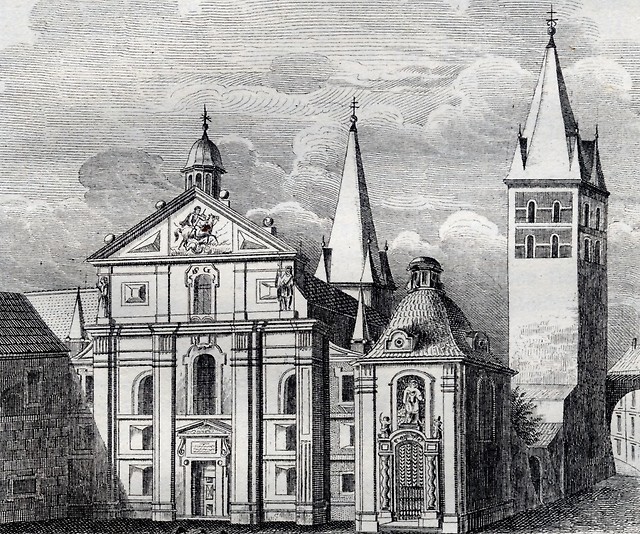